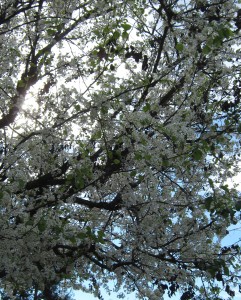 Feels like this rare day is a good day for me to leap back into the game. 😉

First, a bit of housekeeping…

I’m redirecting my Transmissions “from the wetware” to this page. The blog of that name won’t be getting any new posts, but I’ll still keep it up as an archival site, which I may transfer things to in the future…or I may archive the whole thing and delete it. I’m not sure of its fate yet. Dancing in the Sky will continue to exist, and will be updated and revamped shortly. I’ve got a lot to summarize…!

Now, let’s focus on the Monkey Business that is unfolding for 2016.

Not too long ago, everyone was hyper-focused on 2012 as being a monumental year, and it was – sort of. The world actually ended October 28, 2011, with the conclusion of the Mayan Ninth Wave of time. With the opening of the 11/11/11 Energetic Portal, we entered a transitional phase, which unfolded in several parts. These parts were marked by the seven Uranus-Pluto squares that materialized from 2012 to 2015, and also featured more fun astrological antics, such as Saturn moving through Scorpio, Pluto retrograding in Capricorn, and four lunar eclipses which produced the funky looking “Blood Moons.”

What all of this did was stir up the Shadow material in the Collective Mind of humanity. More and more, we saw where we as a society and as a species had hang-ups, stuck spots, and plain old stubborn rigidity in our psyches, individually and collectively. What has been brought to the surface has, at times, been ugly and messy and macabre and disturbing – but in order to transform this baggage and evolve, we have to SEE what we are working with.

2016 is everything that has unfolded over the past four or five years, and then some! We see where we are broken, misdirected, and out of alignment. Now comes the million dollar question…what are we going to do about it? In many ways, 2016 is even bigger than 2012. On the one hand, we see the world as it has unfolded under Patriarchy; it’s a world of Fear, Violence, Intolerance, Abuse, and Suffering. On the other hand, we are seeing a new world coming into form; this is a world of Love, Peace, Acceptance, Kindness, and Joy. This is a world where the Goddess has been restored to Her rightful place at the Center, and where the Masculine and Feminine walk together mindfully, each sharing their unique gifts with the world and living in harmony.

Which world do we want to live in, folks?

The answer would seem like a no-brainer, right? Yet there are a lot of screaming monkeys right now, so frightened of change (and of Taking Responsibility for themselves and their actions!) that they’re willing to choose extinction over expansion. Many want Big Brother to do everything for them so they don’t have to “grow up.” Many want a Nanny State to take care of their lives, because they feel that broken and hopeless…exactly what Patriarchy wants.

Oh yes I’ve got a lot more to say on this, and I will be speaking more in depth as we move forward in this Year of CHOICE. But I will stop here for the moment and return to the main question:

What Are You Going To Do About All Of Your Shit?

I’ve updated my Services and Goodies section and also brought everything up to speed on the Exciting Events section! I have currently established something of a “base of operations” at the Philosophical Library in Escondido with an eye on expanding to other areas as well. Slowly I may be progressing, but progressing I am!

I also have an official Shamanic Priestess page on Facebook. Yay me! I will be posting bits of Crazy Wisdom there as well as Event pages for my various appearances. If you’re also on Facebook, that is the place to join any and all of the events I create.

I hope to take this latest Mercury Retrograde and Grand Cross to really sort myself out and figure out the next things to do in order to move forward. Stay tuned; the journey is really picking up the pace! Yee-haw! 🙂

Well, I thought that Yule last year was going to bring an end to the Special High Intensity Transformation I had been undergoing.

The SHIfT just kept on happening, one cosmic event after another. From the Equinox to this last lunar eclipse, in fact, it feels like I’ve been squeezed through the Cosmic Tube of Toothpaste. I’m hoping to get an opportunity to catch my breath once the Grand Cross energies have settled down!

Part of this SHIfT is making a transition to my husband’s computer; what was once “his” is becoming “ours.” I’m overjoyed to have reclaimed my website – do check out “Exciting Events” for all the things that have bloomed, and are continuing to bloom, this month! The transition will be complete once I move my pics and docs from ze old comp to ze new one…and then I will be going forward full throttle!

In the meantime, breathe deeply and step gingerly as we continue the crazymessy process of Sacred Composting!

Breathe deeply, my friend. Let’s walk the path together for a time…